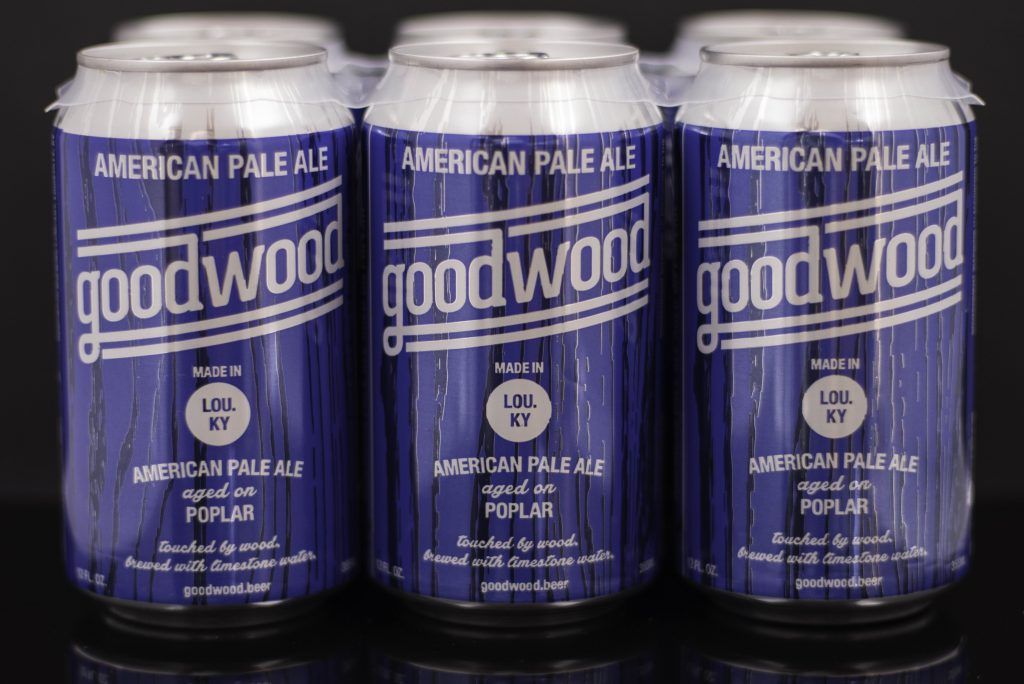 LOUISVILLE, KY - Goodwood Brewing announced earlier this year that the packaging for their new American Pale Ale will honor fallen American Heroes- with a portion of the proceeds of every case sold going to the charity selected by the hero's family. Every 3-4 months they choose a new American Hero to highlight and starting at the beginning of May, the downtown Louisville brewery will honor Officer Daniel Ellis, with proceeds going to Supporting Heroes foundation by request of Ellis' wife.
‍

The American Pale Ale cans and draft tags will bear the name of Officer Daniel Ellis as well as his end of watch date. Goodwood Brewing will also host promotional events and fundraisers in honor of Officer Ellis with the first being the beer release kick-off event in his hometown of Richmond at Paddy Wagon Irish Pub on April 28th.

"Daniel was a servant to this community, his church, and his family. He was a selfless person who so often put the needs of his family, job, and our community before his own. My hope is to keep his memory alive by committing to continue the legacy he started," said Katie Ellis, Wife of Fallen Officer Ellis.

"Our mission is to honor the service and sacrifice of public safety heroes who give their lives in the line of duty - by caring for the loved ones they leave behind."

Supporting Heroes was born when a small group came together in early 2004 to discuss an idea about helping public safety personnel in their community. One of those present was Bill Keithley - father of Saint Louis Police Officer Gabriel Keithley. Officer Keithley had recently been shot and seriously wounded in the line of duty and his partner, Officer Nicholas Sloan, had been killed. Bill had watched as the public safety family in Saint Louis united to support Gabe, Gabe's family, and the family of Officer Sloan. He had also watched in amazement as the BackStoppers - a Saint Louis support organization for public safety families - helped the family of his son's partner.

Also present was Eric Johnson, a leader of the Kentucky Chapter of Concerns of Police Survivors - an organization that provides peer support to families and co-workers of police officers killed in the line of duty. While the peer support provided by that organization on a national level is unparalleled, he had been consistently frustrated by the lack of financial support that was available to families following a line of duty death. It had long been his dream to help form a local organization similar to The BackStoppers to provide the much needed support. By the end of the first meeting, the group had decided to make that dream a reality. Hence, Supporting Heroes was born.

Goodwood Brewing is a production brewery located in the heart of downtown Louisville. The brewery is dedicated to making beers that have been touched by wood; whether in reclaimed oak casks once used to house bourbon, red wine, and brandy or seasoned on oak, poplar or ash. Goodwood's "shade-grown beers" are all touched by the natural gradations of reclaimed casks and other wood types for flavorful expressions that are unique to Goodwood. Just like the bourbon Kentucky is famous for, all of Goodwood's beers begin with limestone water. The gents behind Goodwood are some of Louisville's longest-serving brewing veterans, running production breweries since 2001.